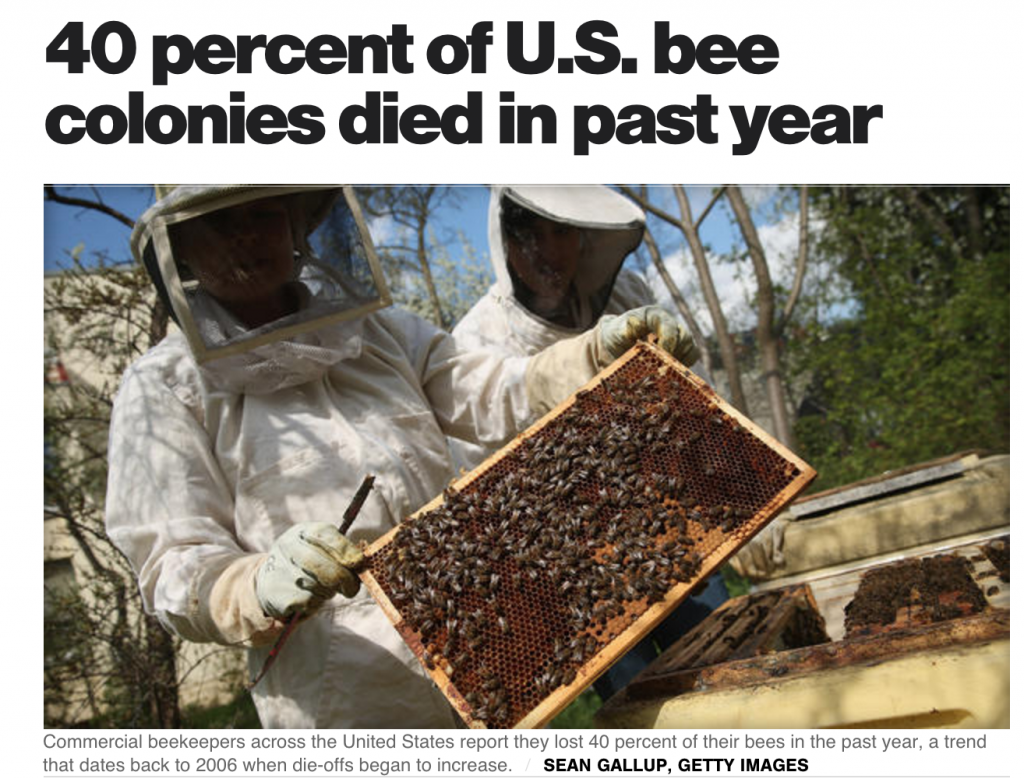 Article Source: CNN Even people who are afraid of bees know how important these insects are to the economy. Because of the role that they play in pollinating many crops, honey bees are vital to the agricultural sector. However, in recent years, these insects have come under siege from a mysterious ailment known as colony collapse disorder, or CCD.

What is colony collapse disorder? Essentially, it is a situation where colonies are found with no living, adult bees. Instead, there may only be a living queen and some juvenile bees. The adults are either dead or entirely missing. So far, there is no proven cause of why this happens, though there are a number of theories that are being investigated.

While such problems have been observed for centuries, it is only within the last decade that the numbers have risen significantly, leading to the problem being named. In North America and Europe, the number of colonies that collapsed rose by quite a bit. The loss of these bees can be quite expensive, since there is not readily available alternative when it comes to pollinating many important crops.

Colonies are often lost over the winter, so the presence of some dead colonies is not surprising. What alarmed many beekeepers was the number. In the fall of 2006, quite a few reported that as many as 30 to 90 percent of their hives had died. This was a much higher rate of loss than was usually observed.

Most estimates are that the value of bees to the economy is as much as $15 to $20 billion or more. Bees pollinate many of the most important crops. Roughly one-third of the crops grown in the United States are either directly or indirectly the result of the activity of bees. As a result, these losses are quite alarming to many researchers.

A number of hypotheses have been suggested to explain why these colonies are collapsing. However, to date scientists have not been able to agree on the primary cause of CCD. It may be that multiple causes are interacting to create such significant losses, or that different colonies are being affected by different factors.

For example, many people have argued that the increased use of pesticides on crops is having a negative effect on bees. As more and more chemicals are used on crops, the argument goes, these chemicals are inadvertently affecting the health of bees.

Other possible causes include infestations of varroa mites, which are parasitic insects that live on bees. These mites have frequently been found in colonies that have been destroyed. Fungal infections or other pathogens may also be playing a role. Some people have also suggested that beekeeping practices are contributing to the problem by spreading diseases and other infections.

So what is colony collapse disorder? It is a serious problem that faces the world’s bees. Scientists are working very hard to find a solution. Without one, these vital insects may no longer be able to pollinate our crops for us.